An operatic space voyage through the history of human transport...

For children aged 6 - 12 years old and their families!

Captain Houston and Lieutenant Schmidt are counting down to take off. But something goes horribly wrong! Join them as they spin back in time and see cars, lorries, bikes, balloons and boats from their amazing spaceship.

Vehicles is a STEAM Education project and to accompany the opera we have created a special set of five videos for KS2 pupils exploring forces. This Space Engineer Training Programme is introduced by Captain Houston, Tech Support and Emma the inventor. 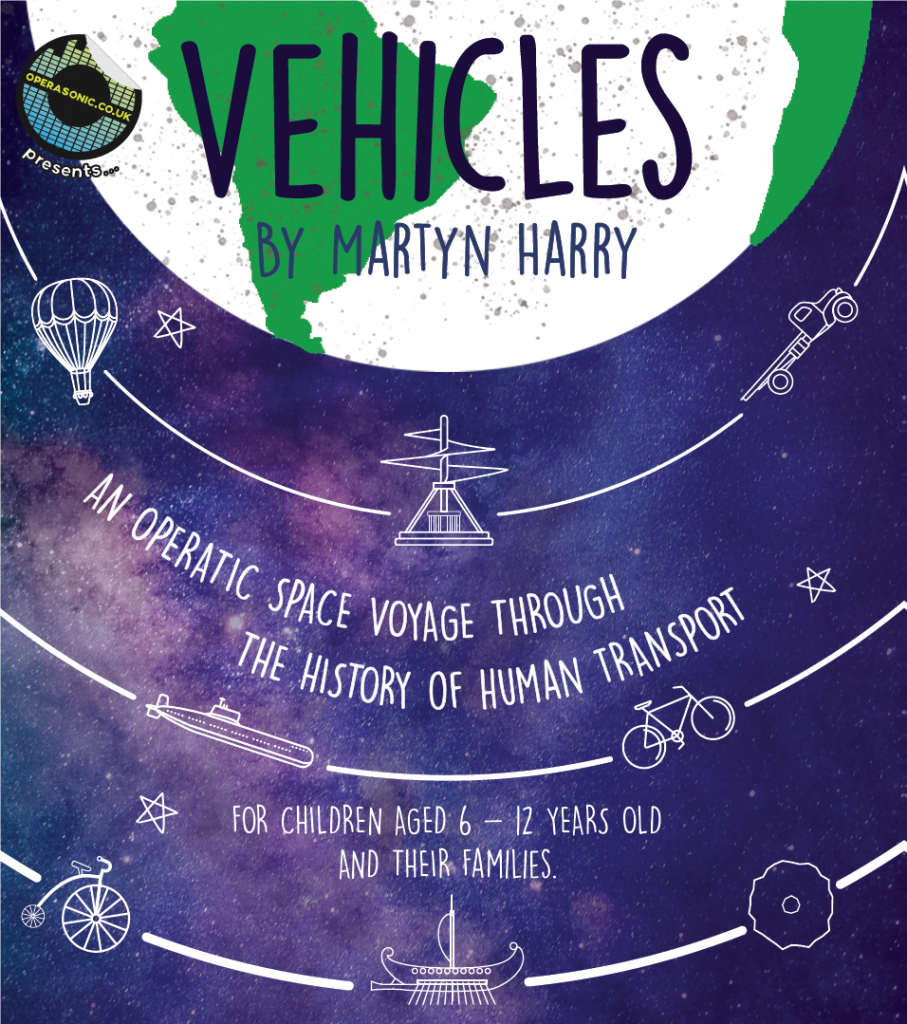